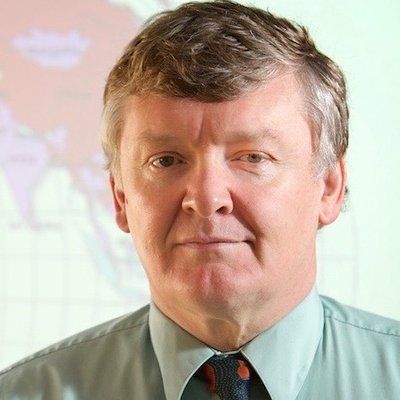 JIM CLEARY, MD, FACHPM. Professor of Medicine, Indiana University School of Medicine, Indianapolis, IN. Walther Senior Chair and Director of Supportive Oncology, IU Simon Cancer Center.
A graduate of University of Adelaide Medical School, South Australia, Dr. Cleary trained in Internal Medicine and Medical Oncology at the Royal Adelaide Hospital followed by three years of opioid pharmacology research. He moved to the University of Wisconsin-Madison in 1994, where he served as the founding Medical Director of the Palliative Care Clinical Program from 1996-2011. During that time, he also served as Program Director of Cancer Control at the UW Carbone Cancer Center, integrating palliative care into that program and as Chair of the UWCCC's Scientific Review Committee. He was the 2004 President of the American Academy of Hospice and Palliative Medicine and serves as a North American Editor of Palliative Medicine, the Research Journal of the European Association of Palliative Care. He was Director of the Pain and Policy Studies Group in 2011-2018 and co-lead the Global Opioid Policy Initiative that reviewed opioid availability in Africa, Asia, the Caribbean and Latin America, India, and the Middle East. He was co-chair of the Breast Health Global Initiative (BHGI)'s resource stratified guidelines for Palliative Care and is currently a member of the WHO Cancer Pain Guideline Committee, the Lancet Commission on Palliative Care and is co-chair of ASCO's Resource-Stratified Guideline on Palliative Care. He was honored recently as one of 30 global Visionaries in Palliative care by the American Academy of Hospice and Palliative Care. He retired from the UW in July, to commence work as Director of Supportive Oncology at the Indiana University Simon Cancer Center holding the Walther Senior Chair in Supportive Oncology.

#COVIDVaccination offers the best hope for stopping the pandemic. Calling for equal access to #COVID19Vaccines for… https://t.co/4WYLrenXx8

RT @PCAUganda: In our latest 𝗡𝗲𝘄𝘀 𝗟𝗲𝘁𝘁𝗲𝗿 get to know more about our upcoming AGM, Board Nominations, Road to Hope, #3UgCaPconference & more…